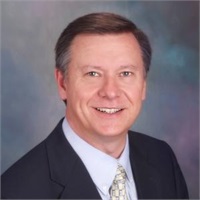 David began his career in the financial services industry in 1981. Prior to that, he received a B.S. in Business Administration from the University of South Carolina. David continued his academic career by earning the Chartered Life Underwriter (CLU) and Chartered Financial Consultant (ChFC) designations through the American College. David has served on the board of many reputable industry organizations including: NAIFA (past state president), the Life Leaders of SC, and the Society for Financial Services Professionals. David's success has often qualified him as a member of the Million Dollar Round Table*.

In the securities industry, David has earned his Series 7, 63, 65 and 24 registrations and is currently a Investment Advisor Representative of Cetera Wealth Partners. His step-son, Zach joined him as a partner in 2011 and together they formed Milestone Wealth Advisors. Throughout the years, David has gathered much experience working with families, small businesses, military, federal, and state employee benefit programs. David was raised in Columbia, South Carolina and still lives there near his three grown sons Brandon, Zachary, and Wister.

* Members qualify for the Million Dollar Roundtable (MDRT) based on meeting a certain level of premium, commission or income during the year in addition to meeting ethical standards.